Rehrig Pacific Company has sponsored a named EREF internship. Corey Johnson-Erday, the recipient of this award, is an intern with EREF’s Data & Policy Program and an undergraduate student at North Carolina State University. Corey’s work with EREF includes the School Cafeteria Discards Assessment Project and the State of Leachate Management and Treatment study.

Hear from Corey on the value of his EREF internship and the impact of the Rehrig Pacific Company named internship.

Raleigh, NC (March 27, 2018) – Gear up for the Environmental Research & Education Foundation’s (EREF) Annual Charitable Auction, one of the highlights of WasteExpo, held April 24 – 25, 2018 in Las Vegas. This can’t-miss, two-day event, which has raised $18 million since its inception 24 years ago, consists of the Live and Silent Auctions, as well as a networking reception. Thanks to the generosity of our donors, sponsors and participants, last year’s event raised over $1.9 million to support EREF’s mission to fund and direct scientific research and educational initiatives.

Raleigh, NC (December 19, 2017) – The Board of Directors of the Environmental Research & Education Foundation (EREF) are pleased to announce the award of 4 new research grants in the summer of 2017. Research conducted through these grants aligns with EREF’s mission to advance sustainable solid waste management practices.

The holiday season is upon us, filled with family time and tasty holiday meals, and that means a substantial amount of waste.
Before hitting the grocery store for some last minute shopping or carving up that turkey this Thanksgiving, consider how much waste is produced and steps you can take to reduce it.

After landfilling, recycling is the most common method of waste management in the United States with 21% of municipal solid waste (MSW) processed at recycling facilities and 64% sent to landfills.* Across the U.S., cities and states are setting recycling goals to increase the recovery and beneficial reuse of materials.

This America Recycles Day, learn more about these goals and U.S. recycling operations.

How are recyclables defined?

While recyclables may be defined specifically as commodity recyclables (i.e. paper, plastic, metal, glass) or include activities like composting or energy recovery from waste, an upcoming report from EREF has found at least 18 different ways states are defining and reporting recycling. This variability in definition makes it difficult to quantify actual diversion rates, as there is no set standard.

Why are U.S. cities and states setting recycling goals and policies?

How many states have recycling or diversion goals in place?

Currently, 45 states (90%) have set recycling or diversion rate goals, which range from encouraging specific, stated activities (e.g. recycling, composting) to focusing on reducing total waste being managed each year. Twenty-three of these goals are written as recycling goals.

What are the targeted recycling rates?

States’ target recycling rates range from 10% – 80% with some citing a deadline to reach the goal while others are open-ended.

Where do recyclable items go after discard?

The sorting and processing of commodity recyclables happens through a network of over 3,900 recycling facilities made up of Materials Recovery Facilities (MRFs) and non-MRFs (i.e. smaller, low-technology facilities).

What are Materials Recovery Facilities (MRFs)?

How much waste is processed through a recycling facility?

Each year, over 70 million tons of recyclables are processed. A large MRF could manage up to 200,000 tons/year.

Data is collected, aggregated and analyzed through the foundation’s Data & Policy Program. D&P projects serve as a resource for solid waste-related data for researchers and decision-makers within other areas such as sustainability and environmental policy. Fees charged for D&P reports are used to provide internships to college students who assist in data gathering and analysis efforts for the program.

Raleigh, NC (September 6, 2017) – The Board of Directors of the Environmental Research & Education Foundation (EREF) is pleased to announce the election of 3 new members: 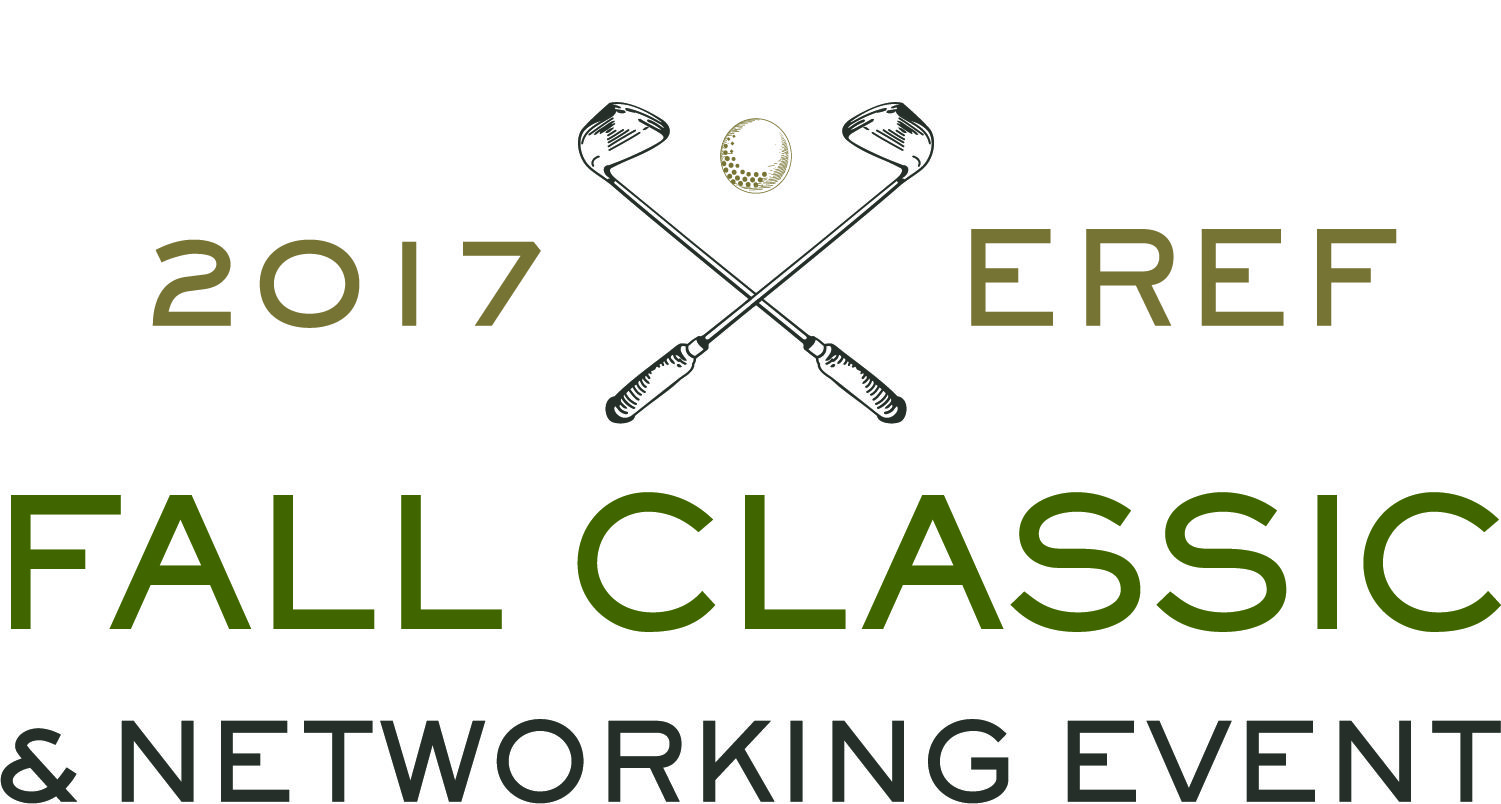 Raleigh, NC (August 22, 2017) – The 2017 Environmental Research & Education Foundation (EREF) Fall Classic & Networking Event – to be held Thursday, September 28, at the Pinehurst Resort in Pinehurst, NC – will be sponsored by Waste Industries. All proceeds from the tournament will support EREF’s mission to fund and direct scientific research and educational initiatives to establish sustainable waste management practices. 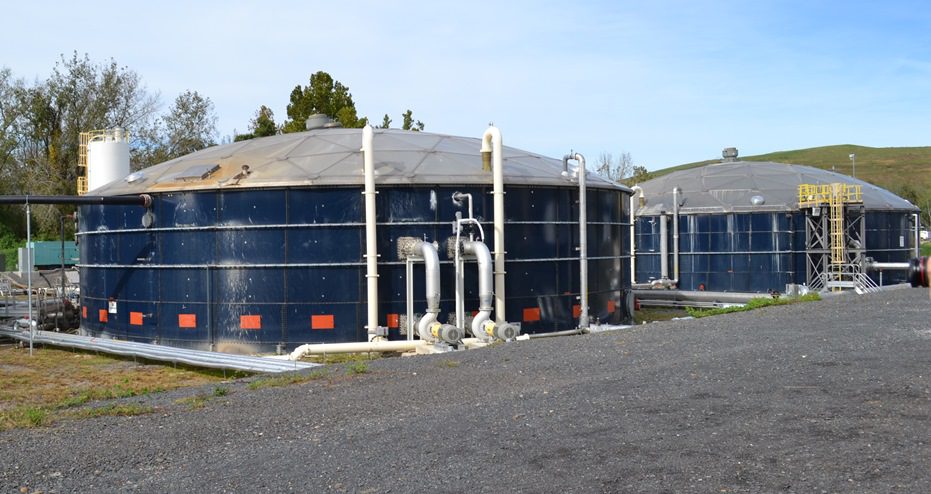 Leachate management is fast becoming one of the most costly and troublesome components of landfill operations. Leachate is treated and disposed of in many different ways, depending on site conditions, discharge limits, costs, or other factors.  Some of the more common approaches include on-site management through recirculation to the landfill, evaporation, discharge to sewer or hauling untreated to a nearby wastewater treatment plant (either treated or untreated), or treated and directly discharged to surface waters.

In the first attempt to characterize what approaches are used from the above scenarios in the United States (U.S.), the Solid Waste Association of North America (SWANA) leachate management subcommittee surveyed its members on leachate treatment and disposal options. A total of 184 responses from the U.S. and a few other countries were received. Almost half (47.3%) discharged untreated leachate to a Publically Owned Treatment Works (POTW) split almost evenly between trucking and direct discharge to a sewer system through gravity or force main pumping. Approximately 12.5% discharged treated wastewater to a POTW. Landfills treated about 18% entirely on-site, mostly through recirculation, while 22.3% reported that they managed leachate by other means, including treatment and direct discharge. Facilities that discharged reported limitations that typically include flow, biochemical oxygen demand (BOD), chemical oxygen demand (COD), ammonia, Total Kjeldahl Nitrogen, Total Nitrogen, and pH; while a third of the respondents who had limitations indicated that there were other effluent parameters that needed to be met.  A more comprehensive analysis is currently being completed for other parameters, including spatial distribution, and will be available from SWANA in the near future.

In general, there were some interesting geographical approaches based on anecdotal information from this survey and from personal experience.  Nutrient limitations were most stringent for total nitrogen when discharging to nutrient (i.e., nitrogen and phosphorous) sensitive locales, including the Chesapeake Bay, while arsenic appeared as a limitation in many Florida locales.  For landfills that discharge into small to medium size wastewater treatment plants with ultraviolet disinfection, we found that there are limitations on UV transmittance that cause a POTW to incur an effluent below 65% transmittance, failing to meet disinfection requirements.  The absorbance is typically caused by organic matter (e.g., humic and fulvic acids) in leachate, as documented by various EREF and other studies.

Treatment technologies for off-site disposal frequently encountered ranged from natural based systems (lagoons and land disposal/constructed wetlands) to mechanical systems, such as sequencing bioreactors (SBR), membrane bioreactors (MBR) and moving bed biofilm reactors (MBBR).  Effluent filtration as a separate step is less common. On-site disposal, where treatment technologies were implemented, include chemical precipitation and settling, while some landfills reported reverse osmosis treatment for discharge with the reject flows, which may be as much as 30 to 40% , discharged back to the landfill.

Other questions remain unanswered and will be the subject of future analyses, including operation and maintenance issues, capital and O&M costs, labor staffing, and troublesome compliance issues.

Ivan Cooper, PE, BCEE, has served as the National Practice Leader at Civil & Environmental Consultants since 2012.